Collective Action: A View from the 2019 Chicago Teachers’ Union Strike

Going on strike as a Chicago teacher.

I appreciated Matthew Sakow’s (2019) candid reflections on his attitude towards strikes and unions in his piece “From ‘Strikes to ‘Collective Action’: Reflections on a Changing Mindset.” I didn’t start out as anti-union, but for most of my life I’ve felt ambivalent towards unions in general. Although I was student teaching during the 2012 Chicago Teachers’ Strike (the first one since 1987), I have to confess I didn’t pay that much attention to it. Some of that was from a self-preservation standpoint: a lot of vitriol gets thrown out during a strike, and I didn’t want to process how some of the public viewed teachers just before I jumped into a new profession. I recognize that privilege of being able to step back from the issues.

Although we came close to a strike in 2016, a midnight agreement prevented it, and we all breathed a sigh of relief. Even though workers’ strikes are at their highest since the mid-1980s, I think it’s hard to see the value in a union and collective action until you actually need it. And this fall, I found myself right in the thick of things.

I’m in my seventh year of teaching, and as I write this, Chicago just went through its second teachers’ strike since 2012. This time, we were out for a total of 11 school days, and being on strike at the end of October was certainly no picnic. I empathize with Matt’s experience when a barista told him how nice it would be to have a long weekend, when he knew the opposite was certainly true. Some of my friends and family asked how my “vacation” was going, and it was all I could do to not roll my eyes.

As I anticipated, the strike was not a vacation; it was exhausting. The experience of striking was physically draining, as the union asked us to be on the picket lines in front of our schools from 6:30–10:30 a.m. most days, and also often organized rallies and marches in the afternoon. In a union with nearly 30,000 members, I could have slipped under the radar and skipped out, but a sense of solidarity and a belief in what we were fighting for brought me out to the picket line every day and to as many other events as I could physically handle. The big bargaining team was at the table reviewing all of the proposals and counter-proposals; it was our job as the rank-and-file members of the union to provide a visual to the rest of the city about the cause for which we were fighting.

The strike was also emotionally and mentally draining, as we heard (sometimes directly, sometimes through social media) all of the negative views that the general public has of teachers. Some of our union members had fliers dropped on them at a downtown march that said things like “We want teachers, not SJW [social justice warriors]!” and “Work 12 months!”; others were spit upon from the office buildings we were marching around, and everyone heard people saying things like “Go back to work!” and “Stop being so lazy.” Putting aside these misrepresentations of teaching as a profession, it was infuriating that we had to walk off the job and march in the streets to convince the powers that be in the city that our students deserve basic support services.

Our strike focused on increasing support staffing in our schools (e.g., nurses, social workers, and librarians) and making class sizes manageable, not increasing teacher salaries. The city highlighted major salary increases in their initial proposal, but a lot of misconceptions were circulated—the media continuously reported that with this new contract, the average teacher would be making $100,000 in five years, but that figure ignores the reality of teacher turnover. We were painted as being greedy for demanding increased support for our schools and communities in addition to fair compensation, and a common sentiment I saw on social media was along the lines of, “If it’s for the kids, then give up your raise!” But as a union, we felt like it shouldn’t be an “either/or” in terms of salary versus student support.

This strike made it apparent to me how little the general public knows about what goes on in schools, particularly in schools that are different from the ones that they attended. The general public, who had a lot of opinions about us and whether we should accept the district’s initial proposal, didn’t know that many of the approximately 500 schools in Chicago currently don’t have a nurse every day, nor a full-time social worker or a librarian (or in many cases, even a library). Those without school-age children are unaware that some of our kindergarten classes have nearly 40 students. The constant budget cuts and lack of enforceable protections mean that our students have borne the brunt of the city’s economic hardships.

This strike made it apparent to me how little the general public knows about what goes on in schools, particularly in schools that are different from the ones that they attended.

The school where I work manages to weather the chaos that happens in Chicago. We are a selective enrollment school, where the majority of our students test in, and our students come from all over the city. In the 2015–2016 budget crisis, our “Friends of” parent group was able to raise over $250,000 in the matter of a few weeks to cover our budget shortfall. And yet, as a special education parent posted on Twitter, “Many at schools on the northside don’t fully understand how under resourced schools on the south and west sides are. Just because your ‘Friends of’ can fund-raise to meet budget gaps doesn’t mean this strike isn’t important for your kiddos too. We need equity in CPS schools now” (Chicago SpedPac, 2019). Many of my colleagues shared that understanding: we weren’t on strike for our students and our school per se, but for all of the students in the city of Chicago and for our future students as they come up to high school.

As we moved closer towards a tentative agreement, the general feeling from teachers on social media was that our wins were not enough. We did convince the district to commit funds to hire more social workers, nurses, and other support staff for English language learners and students in temporary living situations, among others. However, the class size caps are still large; for example, more than 28 students for kindergarten is considered “overcrowded,” but an automatic appeal doesn’t trigger until the roster is above 32. Librarians had been left out of the previous contract, and while we pushed to include librarian staffing levels in this new contract, they were again left by the wayside. From 2012–2019, we went from 454 district librarians to 108 because there hasn’t been any contract language guaranteeing schools librarians. What will happen to these numbers by 2023? The district also absolutely refused to budge on prep time for elementary school teachers, who only get 60 minutes a day with several “principal directed” preps every week, which means they may not have time to actually prepare their classes on some days.

As we wrapped up Day 10 of this strike, there was a sense of weariness. My school colleagues acknowledged that many of the outstanding issues (e.g., the still-large class size caps and the lack of prep time for elementary school teachers) affected elementary school teachers more than us, so we were willing to continue the strike if that’s what our elementary school colleagues wanted. But there wasn’t a clear way forward, and we had to acknowledge that these outstanding issues would be extremely expensive to address. So, at the end of October, the House of Delegates, which is made up of each school’s union delegates, moved to suspend the strike, and the Tentative Agreement was then ratified by our overall membership and approved by the city’s Board of Education in November.

What would it look like if, instead of forcing teachers, staff, and students into drastic actions, those in positions of power were willing to truly listen to and partner with those of us who are on the ground in improving schools?

Both the union and the city have claimed this new contract as a win. And overall, it is a win for our students. By 2023, there should be a social worker and nurse staffed in every school. There are increased supports for English language learners, students in temporary living situations, special education, and sports. But there’s still a lot to fix. And I can’t deny that the strike cost teachers, staff, and students. We missed 11 school days, and the mayor agreed to only five make-up days, meaning teachers and staff are going without six days worth of pay this school year. Additionally, because the makeup days couldn’t be scheduled immediately, we lost 11 days of pay in the short term. The Service Employees International Union (SEIU) Local 73, which represents many of our aides, security guards, and other service staff, walked out with us, and I know they had more to lose financially. Some of our students missed out on key sporting events, and some of our fall sports teams were out of the state tournament because of the timing of the strike. Our juniors missed the PSAT, and our seniors stressed about early college applications since we came back to school on November 1. All of this sacrifice was so we could start on a path toward equity in education in Chicago.

I don’t regret going on strike because I saw that collective action works. As Matt says, “acting collectively, not as one voice but as a multitude in harmony, can inspire immense change” (Sakow, 2019). The city didn’t start bargaining in earnest with the teacher’s union until 94% of our membership voted yes to authorize a strike, and some things that the city had refused to negotiate on at all are now in an enforceable, legally binding contract. But it still makes me angry that we had to go on strike at all. Everyone involved in education says, “it’s for the students.” What would it look like if, instead of forcing teachers, staff, and students into drastic actions, those in positions of power were willing to truly listen to and partner with those of us who are on the ground in improving schools?

Heidi Park, a Knowles Senior Fellow, is currently in her seventh year of teaching chemistry and physics at a selective enrollment high school in Chicago, Illinois. She also coaches her school’s Scholastic Bowl team, works as a framework specialist, and mentors new teachers for the district. You can read more of her thoughts on education at her blog, urbanscienceed.wordpress.com, and on Twitter (@heidijpark). Reach Heidi at heidi.park@knowlesteachers.org. 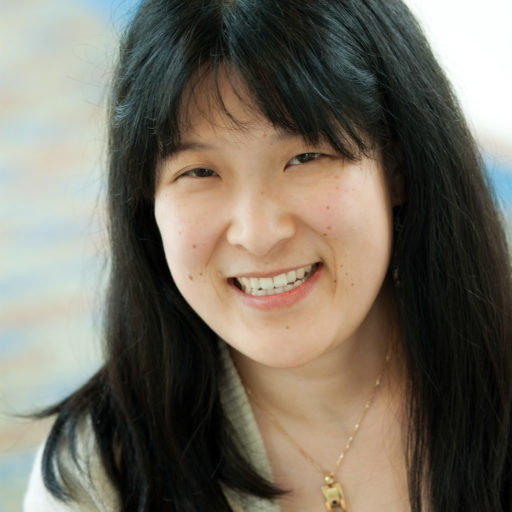 Chicago SpedPac [chicagospedpac]. (2019, October 28). Many at schools on the northside don’t fully understand how under resourced schools on the south and west sides are. [Tweet]. Retrieved from https://twitter.com/chicagospedpac/status/1188882408847876096

Fall 2020
We’ve All Got Homework to Do
Kit Golan
What do I do with my realization that I have been oblivious to, ignorant of, and complicit in racism?
Read Article