From “Strikes” to “Collective Action”: Reflections on a Changing Mindset

I love my local Revive Coffee stand. When it’s early in the morning and it’s not too busy, I’ll stop by the drive-in, grab my Americano (with just a liiiiiitle bit of heavy cream) and chat about good restaurants or some of the math the barista’s daughter is working on in fourth grade this year. I happened to stop by the day before our school district’s classified staff were anticipated to announce a strike.

“It will be so nice!” the barista exclaimed. “You’ll have a long weekend!”

I laughed. The teachers had already gone through a strike at the beginning of the school year, and it had required an incredible amount of work. The work simply looked much different than that in the classroom. As I pulled away from the coffee stand, I remember smiling, knowing that I would be back on the line with my colleagues once more.

I haven’t always been so accepting of strikes in education. I’ve always tended to be quite opinionated, and I’d long had the privilege of feeling like I’d never need to engage in such nonsense. How could refusing to work enact change? To me, strikes were akin to suspending a student for excessive absenteeism. It just didn’t feel right.

But at some point, something changed. Many of the beliefs I’d held growing up have been challenged or even completely reversed; however, it has been an enduring, ongoing, difficult process. After participating in my own strike and preparing for another just this past year, I’ve had ample opportunity to reflect on just how my attitude towards strikes and protests has changed. In college, I swore to my friends that I would never join a union. I swore to myself I would never participate in a teachers’ strike—and now I’ve done both.

I admit with some sadness that I truly began to open my mind to differing perspectives only once I had left the United States entirely. When I put myself in a situation where I was forced to confront my own lack of understanding, I had to come clean with myself about what I really knew and who I was.

Six years before I joined my own high school’s picket line, I was experiencing another school’s protest from a much different perspective. I was a Peace Corps volunteer in Niangoloko, a town in the West African country of Burkina Faso and a teacher at one of the public high schools, the Lycee Santa. It had been a complicated day, as the students were once again on strike. They called for the school day to end around noon and, as I grabbed my bike and pedaled off, I was lost in thought.

Soon, I noticed how hard it was navigating through all the kids leaving school. My pedals were catching on students’ pant legs, my arms knocked by backpacks and shoulders. As I looked up from the bike, I realized: I was in the middle of the students’ demonstration. The first real demonstration I had seen here. This was not the afternoon traffic; these students were on the march and I was right in the thick of it.

My time teaching math in Niangoloko was mostly characterized by this series of strikes and protests with me bearing witness to the apparent chaos around me. The constant disruptions meant that I ultimately taught less than 70% of the school year! But as my two years came to an end and I prepared to return back to the United States, I could see how much had changed at Santa, with the demonstrators ultimately achieving many of their goals. I could hear the hum of the ceiling fans in the eighth grade wing, see the flicker of lights through the slats of a sixth grade classroom window as a distracted student flipped the shutters up and down. The heavy blue door to the computer lab flung open, slamming against a wall as the student council struck the courtyard gong to signal the end of the day. The circle of teachers surrounding the mango tree and making the afternoon tea was a bit bigger than before, with several extra teachers having been reassigned to our school to bolster our short staff. My first year teaching here had looked quite different! Fighting corruption and speaking with the department of education had resulted in some rapid and significant changes to the experiences my students would have in their high school career.

As fascinating as it was to experience this transformation in Niangoloko, I was still an outsider. I was an American, planning on leaving after my two years. Furthermore, I was forbidden by my country office to participate in any demonstrations or strike-related events. Thus, I was doomed to be an observer, separated from the true emotions and consequences of the strikes.

I’ve seen that acting collectively, not as one voice but as a multitude in harmony, can inspire immense change.

Truthfully, I ended up not quite understanding the methods the people had used in their demonstrations. However, what I saw did turn my mind back to the United States. Many of the problems the Burkinabé faced, I realized, we faced back home as well. Whether it was underfunded schools, crowded classrooms, or wealth or racial inequality—the same problems simply manifested differently across the two contexts.

When I returned to the States, I watched from abroad as the Burkinabé women led a movement that ultimately deposed the country’s president in three days and cleaned up the streets on the fourth! This was not surprising to me. After all, Burkina Faso has a rich history of accomplishing the seemingly impossible. After the country’s political revolution in the 1980s, the people launched massive vaccination and anti-desertification campaigns, built railroads, and made their landlocked nation self-sustaining agriculturally within three years.

I started to believe that anything might be possible, as long as the people worked together.

As I reacclimated to my new life in the United States, I wondered what “working together” might look like for me. I did not have to wait long to find out. While I was a graduate student and research assistant at the University of Missouri, the university announced the day before our health care was set to be renewed that they would no longer be providing it.

We were workers, the university calmly explained, but we were not employees. How could this be? I heard the story of the grad student in the hospital, about to give birth, but told she would have to pay for the entire delivery. I learned of the parents who would not be able to afford childcare as they sought their degrees. And for perhaps the first time something clicked.

These experiences in Missouri and Burkina stayed with me as I reacclimated once more, this time to a new town in Washington State. I landed a job teaching math just in time for the wave of teacher strikes spreading across West Virginia, Arizona, North Carolina and other states in 2018.

I had seen the positive outcomes of strikes and protests in the past, but in some ways I still felt somewhat disconnected from these movements. However, the engagement in collective action as a teacher in 2018 was incredibly meaningful. Not only was I recommitted to remaining at my school and in my community, but the experience changed my interactions and work with my colleagues and my students.

So here we sat the day before school started in our pre-service staff meeting, doing our best to pretend everything was okay and that we’d begin the school year on time. Would the school district end up withholding the raise intended for us by the state government? Would our class sizes be increased?

Then we got the announcement; everyone’s phones buzzing in apropos unison. It was time.

It was on Friday, the third day of our strike, that every school came together to rally in front of the district office. The call rang out, “Strike your face off!” and was met by the even more mirthful and raucous response, “STRIKE YOUR FACE OFF.” A parent, furious with the disturbing actions of the school board at a meeting she attended, had told the local paper she hoped the teachers would “strike their faces off.” And so we gave thumbs-up to the kids across the street who had joined in with the chant and then laughed at the puzzled stares from the cluster of elementary teachers marching alongside us. By raising our voices alongside the interviewed parent, we had found a small way to remind the district that the teachers, parents, students, and community were marching as one.

And truly we were! One of our teachers, seven months pregnant, was walking right along with us, near another teacher with her baby in a sling. This was no small feat; my school lies along a hill, and we found ourselves marching 10 miles a day up and down the pavement.

In spite of this, our staff buzzed with new energy. There was movement to direct, messages to craft, outreach to do, signs to be made!

We were also engaged in incredible conversation—finding ourselves interacting with colleagues across the school whom we’d never see otherwise. We debated the purpose of mathematics and how we might punt some projects back and forth with the science classes. An English teacher and I discussed the similarities between argumentative essays and geometric proofs and planned how we might collaborate, building proofs through a series of revisions. During the marching and the breaks we took in the different teams we formed, we began to discover just how much was similar across our various contents! This resulted in an enormous change in both my school and my own approach to teaching and working as a member of my community this year. We began collaborating more. We began going to each other more for advice or reaching out or sticking up for each other. Our building buzzed with renewed energy which has yet to fade.

It’s interesting how our collective work mirrored how I wished to work with students as a teacher. What a rich experience it would be for students to experience the myriad of connections between English and science or history and mathematics! As a school, we’ve discussed how to connect our curricula in previous years but it seemed like a very distant, near unattainable thing. After this experience, it not only seems more likely, but inevitable. I’m truly excited for what’s to come.

Before the strike began, I had been thinking about where I might end up teaching one day. But through the laughter and rage and sweat and smiles, I realized that I may have finished my travels. I was truly a part of this community.

I recognize that we are privileged to have succeeded in our efforts. Yes, we ended up getting a raise and kept our class sizes consistent, but there is always work to do to improve conditions for both teachers and students. Personally, I feel more emboldened to speak up, to act, and to work together to change those conditions.

And, while this has been frightening for me at times, I feel encouraged knowing I’m not alone. I’ve seen that acting collectively, not as one voice but as a multitude in harmony, can inspire immense change. After all, it changed me.

Matthew Sakow, a 2016 Knowles Teaching Fellow, is an East Coast native in his third year of teaching in Vancouver, Washington. He has taught algebra, geometry and the AVID elective. In his spare time, Matt has been exploring the Pacific Northwest and singing with his staff band. Reach Matt at matt.sakow@knowlesteachers.org. 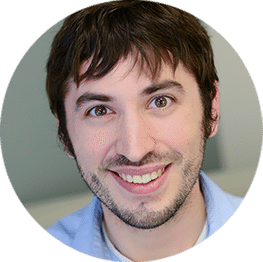 Fall 2019
The Machines Around Us
Alex Steinkamp
In spite of their enormity, engaging with the systems that drive education is an important part of teachers' work to support student learning.
Read Article