Teaching in the Time of Coronavirus: A Conversation with a Math Teacher in Texas

In this blog series, our Vice President of Programs, Jeff Rozelle, is talking with teachers around the country about their lives during this pandemic. They’ll talk about what teaching entails in this new world, how their students are managing, and the unexpected challenges and successes they find. This interview was conducted on April 22, 2020 and has been edited for clarity and length. Click here to see the other interviews in this series.

Zoe: On Mondays and Tuesdays, we’re scheduled to have our check-in Zoom call with each of our classes. The calls include all of our students and we get to see all their faces, we tell them what’s going on for the week, and teachers can choose to use that time to teach a lesson or provide some support. Yesterday, I did that for my fifth period. Then I had a break for an hour for my off period, and then I had another 45 minutes for my seventh-period class. In both of those classes, I have students who receive special education services, so that’s been really interesting to try to figure out how to provide inclusion support over Zoom. I really feel for the special education department at my school, because they have had quite a difficult time because the students require and need so much support—typically that’s done with face-to-face support and interventions—so it’s been really hard to get that kind of access to their students.

J: Was there an inclusion teacher on the call with you to help provide those services?

Z: Yes. That teacher becomes a co-host on the Zoom call, so they can chat privately with the students that are receiving support in the class. I share my lesson plans ahead of time, so they can make sure they’re modified or accommodated appropriately. Typically they also worry about grading and assessments for the assignments, but our school’s decided to worry very little about grades, so the special educators are mostly just concerned about equitable access to the content. We have a pretty large population of students with special needs as well as many students who receive 504 accommodations.

J: You mentioned that you saw your fifth-period class yesterday. Is that the only time this week that you’ll see them?

Z: They are only required to come to one session, on either Monday or Tuesday depending on the schedule. On those calls, I asked them to turn on their cameras just so I can see their faces, and then I let them turn it off, because I don’t want them to feel self-conscious about that. And then on Thursdays and Fridays, I open up the Zoom call for their period, and they can pop in and out and ask questions.

During this week’s lesson, I did a Desmos activity which allowed me to track their work, so I was commenting and sending them direct messages. It was almost like I would do in class when they would work on a Desmos activity and I would say to them, “Hey, I noticed you put this answer. Can we go back and look at this?” So now, I was able to send private chats to the students on the Zoom as I watched the Desmos and it seemed pretty similar. Then I broke them into breakout rooms, and they did quizzes together on content they were supposed to learn last week. When we came back together as a whole class, I opened it up to questions for me and a couple of kids asked questions. From there, I introduced this week’s lesson plan and opened that up for questions as well.

In between all that teaching, there’s a lot of telling jokes. My classroom management is to be as friendly with the students as I can, to be positive and at the same time honest, so I was trying to check-in and see how they’re doing, asking what’s going on in their lives and the things they watched on Netflix this week. I think it’s been really important to not only recognize and validate that this is scary and unusual and unexpected, and also that we can still try to have the connections we would have in class here. So we show off our pets and mess around with each other and, as you’d expect, some kids are engaged and some kids are not. I miss my students! I didn’t know how hard it was going to be. I try to be funny in class, but all my students are on mute on Zoom, and when you tell a joke and there’s no response—it’s the worst! Honestly! I don’t know how Youtubers can do it. And then one of them will say in the chat  “Haha,” and that’s even worse. (laughs)

My school also took the initiative to split our students into different small cohorts. I have probably eight students in my group. I check in with those kids one-on-one weekly either via email or some sort of FaceTime or Zoom call, just to see how they’re doing. It’s not necessarily school-related or if it is school-related, it’s me asking them, “What’s going on in your classes? Are you able to turn in work? Are you confused about anything? Should I help you with anything? Do you still have food? Are things safe at home?”

There are some students that I still touch base with even though they’re not my check-in kids because I care about them. I have some students who are LGBTQ, and their home lives are not the best. There’s still a lot of unacceptance here in Texas, even though we’re in the Austin area. I guess it’s probably everywhere that there’s unaccepting parents. So with those students, I had to message them to ask some hard questions like, “What name do you want me to use in the Zoom calls? Do you still want me to use these pronouns because I don’t know if you’re using headphones or not?” which is just a weird conversation to have. At school, it’s a no-brainer that I’d use the name that they gave me to use and the pronouns they gave me to use, but now that they’re at home, I felt like I needed to have that hard check-in.

J: What’s your sense of how your students are doing?

Z: They’re bored. A lot of teachers are finding it is difficult to give work that’s not just videos to watch, because you only have that 45 minutes once a week. They don’t want to spend their time watching TV, because they’ve done that enough from having two weeks of spring break already! We’re trying to encourage them to find new hobbies, but we also can’t really provide them access to joining clubs at school, because we’re not at school. We can’t have the board game club or the chess club or the sewing club, and they don’t have access to all of their art stuff so they can’t do art at home. It’s been hard, so they’re just finding it sort of frustrating because they’re used to learning in a specific way, or having access to all these really cool learning experiences, and they don’t have access to that any more and they’re just bored. They don’t want to be assigned more schoolwork, more reading, or watching videos, but we’re all kind of in this together.

J: Have there been some challenges you weren’t expecting?

We had a student pass away two weeks ago, and that was extremely hard because we couldn’t grieve as a staff and as a community. While you never want to lose a student ever, it’s difficult to not be able to be there to hug your kids and your colleagues and tell them that you love them. I wanted to. I went over to my friend’s apartment who taught the student, and, from a distance, just waved and said I’d give you a hug right now if I could. But to not be able to provide that support to your community is really difficult.

We respected the family’s wishes and kept it relatively private, and didn’t make a whole school announcement. We told all the students in the grade level and those students also watched a video during their Zoom class of the assistant principal reading a letter. We didn’t expect it to happen, and so we aren’t sure what would have happened if we had been able to provide our normal support. It’s terrible to go into what-ifs, but maybe we could have noticed something was off and been able to provide interventions but because we’re on a video chat for 45 minutes three or four times a day with the kids, it’s just really difficult to see everything that’s going on. And so that’s been extremely challenging, not being able to provide the counseling services to kids that we normally do, by telling them, “You need to go talk to the counselor right now. I can’t let you walk away from my class without going to talk to the counselor.” I can’t force a kid to open up on a Zoom call, but I can walk them to the counselor’s office.

It’s been hard and I know a lot of my colleagues are suffering with their mental health, and we rely on each other a lot. In a normal year, you know summer is coming and we know to expect the build up to the final week. You cry, say goodbye to seniors, and none of that is happening.  We just didn’t expect that the last time we saw a lot of our students would be the Friday before spring break. 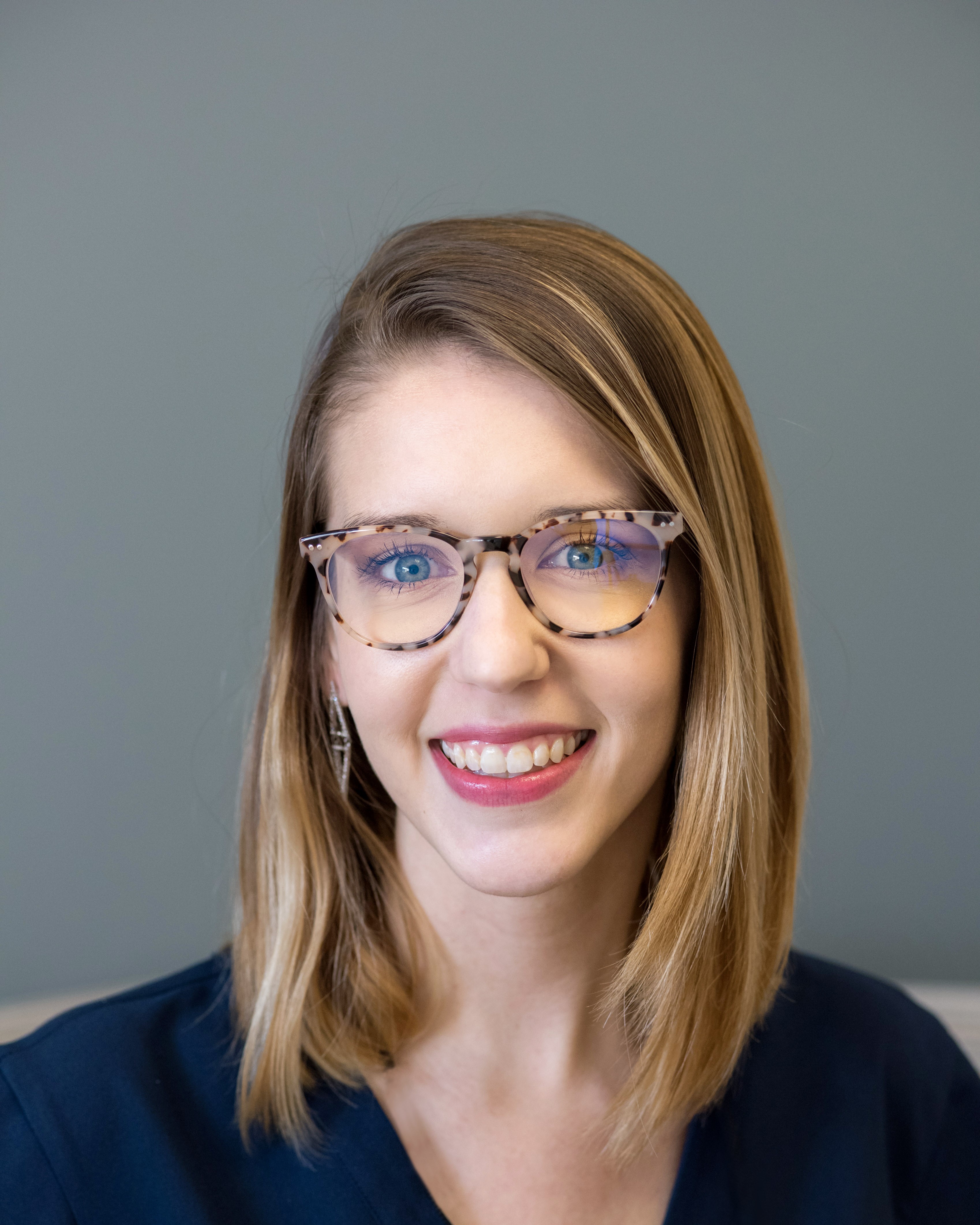